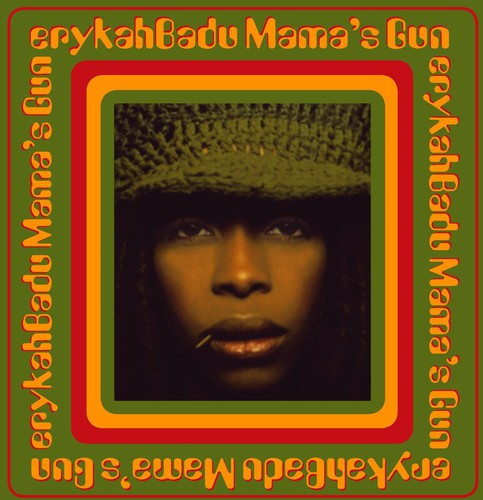 Relationships, Badu delivered a highly intimate and personal album that reached Platinum two months after it's release. MAMA'S GUN features substantial contributions from several members of the Soulquarians outfit, of which Badu was a member. It also features guests such as Soul singer Betty Wright and trumpeter Roy Hargrove. The album contains the single 'Bag Lady' which, with it's colorful, artsy music video, shot to #1 on the R&B charts, and also into the Top 10 on the Billboard charts. 'Bag Lady' was nominated for the Grammy Award for Best Female R&B Vocal Performance and for Best R&B Song. Also the song 'Didn't Cha Know' was nominated for Best R&B Song.
back to top