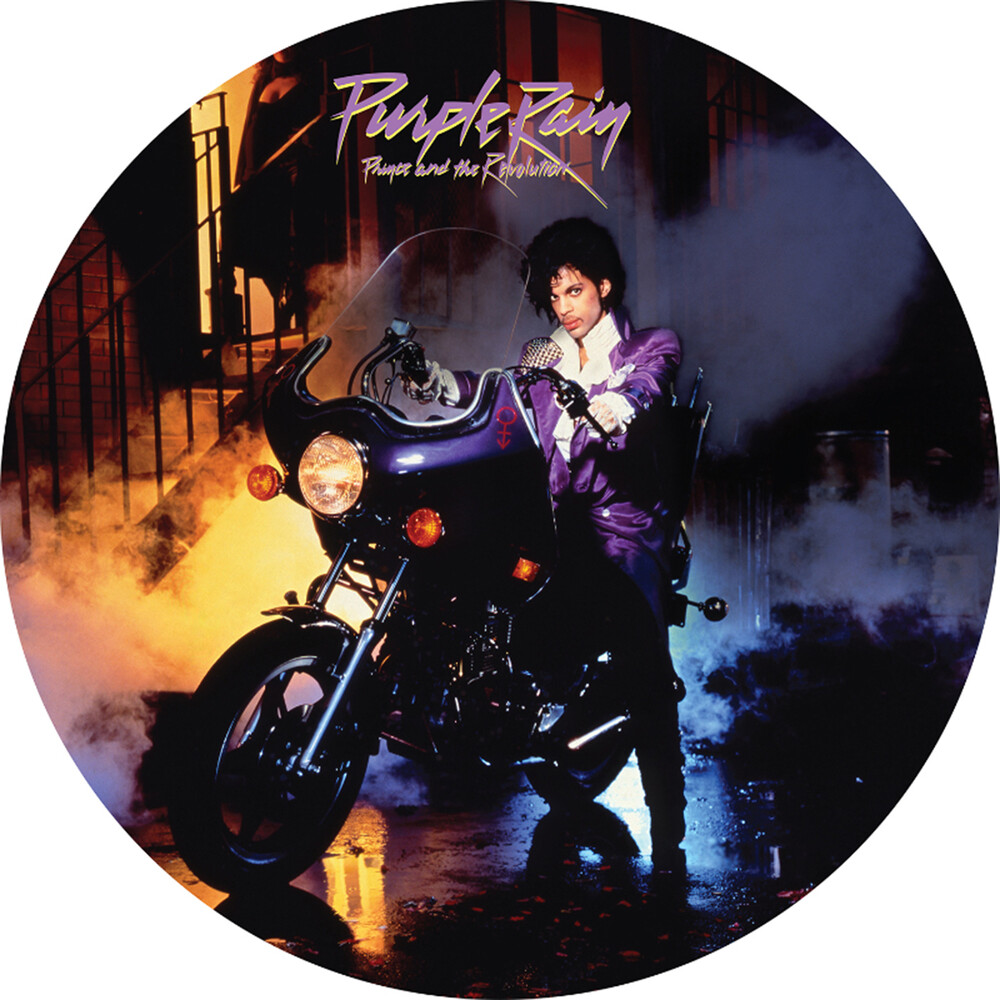 Limited vinyl picture disc LP pressing. Purple Rain is the sixth studio album by Prince, the first to feature his backing band The Revolution, and is the soundtrack album to the 1984 film of the same name. Purple Rain is regularly ranked among the best albums in music history, and is widely regarded as Prince's magnum opus. Time magazine ranked it the 15th greatest album of all time in 1993, and it placed 18th on VH1's Greatest Rock and Roll Albums of All Time countdown. Rolling Stone ranked it the second-best album of the 1980s and 76th on their list of the 500 Greatest Albums of All Time. The first two singles from Purple Rain, "When Doves Cry" and "Let's Go Crazy", topped the US singles charts, and were hits around the world, while the title track went to number two on the Billboard Hot 100. The album was certified thirteen-times platinum (diamond) by the RIAA.